Budapest 2022: Frenchman Marchand and Italian Martinenghi on top of the world 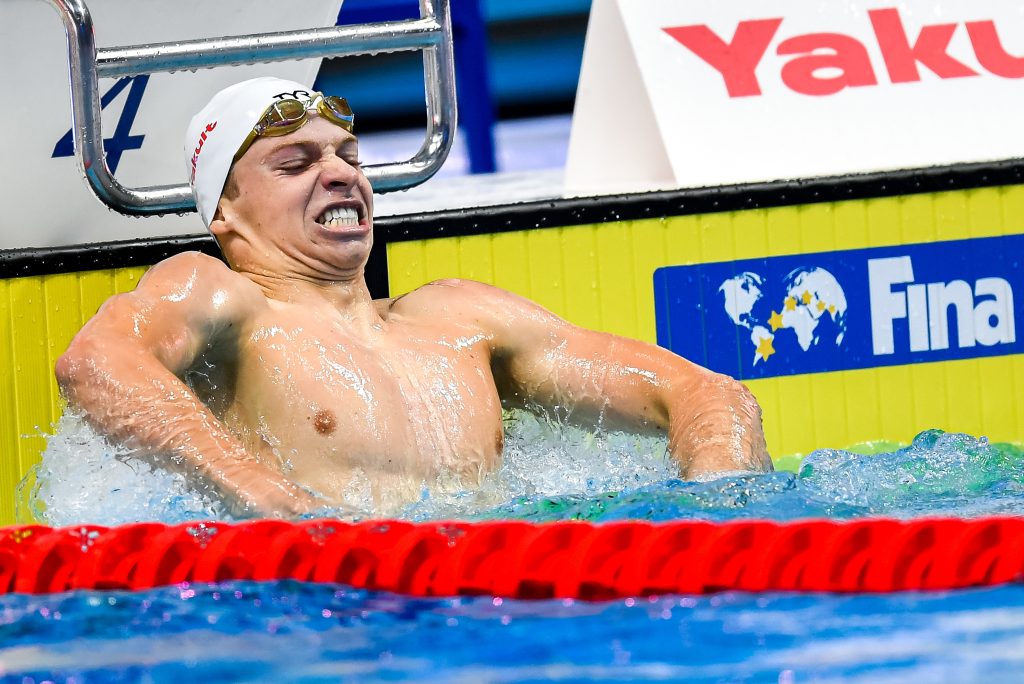 A European record was broken on the first day of the swimming competition at the world championships in Budapest. At the Duna Arena pool in the Hungarian capital, France's Leon Marchand won the men’s 400m individual medley, setting a new continental record (4:04.28). The previous best European time belonged to Hungary's Laszlo Cseh, who swam 4:06.16 at the Beijing 2008 Olympic Games.

"I felt really good in the morning and had the same feeling in the afternoon," said Marchand. "Five years ago I was watching these championships from home on TV and now I'm here in Budapest with a gold medal around my neck: it all happened so fast. I have yet to realise it.”

Italy's Nicolò Martinenghi is the new world champion in the men’s 100m breaststroke. He touched the plate first in 58.26, beating off the competition and setting a new Italian record. The 22-year-old athlete from the Lombardy Region succeeds Adam Peaty, the Great Britain’s multimedallist who was absent due to injury. With him on the podium was Dutchman Arno Kamminga, second in 58.62.

"It is an amazing feeling," said Martinenghi. "It was my first individual world final, I was able to put my hand in front and it was thrilling. I am very happy to have put everything I have learnt over the years into practice."

Lukas Martens became the first European to win a medal in the first final of the 19th world championships. For the German swimmer, a time of 3:42.85 earned him the silver medal in the men’s 400m freestyle.

In the men's 4×100 freestyle relay, Italy's Alessandro Miressi, Thomas Ceccon, Lorenzo Zazzeri and Manuel Frigo had to settle for third place in 3:10.95 behind the United States and Australia.

In the women’s events, the 'European' medal came on the second day, with Marie Wattel. The French athlete took the second step on the podium in the women’s 100m butterfly final, stopping the clock at 56.14, a new national record.

Hungary's Katinka Hosszù dropped out of the women’s 200m individual medley. The Olympian, in front of her home crowd, was unable to defend her world title and placed only seventh.

In the first final of the technical solo, Ukrainian synchro swimmer Marta Fiedina finished second with a score of 91.9555, ahead of Greece's Evangelia Platanioti (89.5110), who was able to mark a historic result for Greece in this speciality, winning the nation's first medal at the world championships.
In the technical duo, the pairs of twins Marina and Vlada Aleksiiva forUkraine and Anna-Maria and Eirini Alexandri forAustria, took silver and bronze respectively with the score of 91.8617 and 91.2622.

Andrea Staccioli / Deepbluemedia / Insidefoto Photos. Use of photographs is only permitted for publications registered for editorial purposes. Credits must be mentioned.