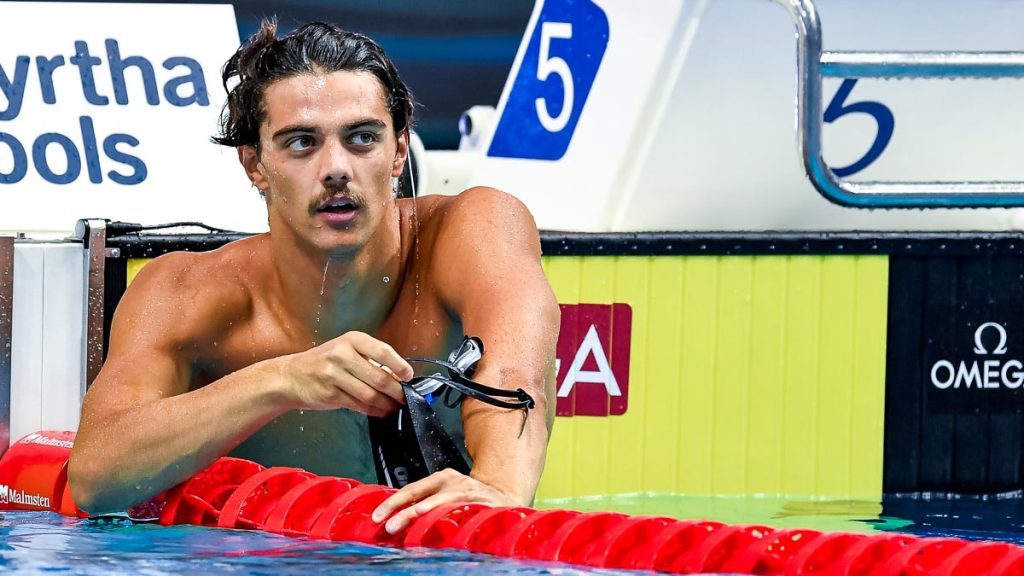 The first world record was broken between the lanes of the Duna Arena swimming pool in Budapest. Italy's Thomas Ceccon is the new world record holder in the men’s 100m backstroke with a time of 51.60. The record had stood for six years: it was the American Ryan Murphy, who came second (51.97), who clocked 51.85 at the Rio 2016 Olympic Games. For the 21-year-old athlete from Veneto, this is the first international individual medal in long-distance swimming after winning silver and bronze respectively with the two 4x100 freestyle and mixed team relays in Tokyo 2020. Ceccon is the first Italian to win a gold medal in a backstroke event at a world championships and becomes the second Italian swimmer to hold a world record after Giorgio Lamberti.

"I am really happy for the gold medal," Ceccon said. "But to have won it with the best world performance is really a source of pride because in Italy only a few have managed it. For me it is simply incredible.”

It was a day to remember in Budapest at the European level. Romanian David Popovici swam the fastest time (1:43.21) in 10 years in the men’s 200 freestyle, setting the world junior record and placing fourth all- time. The 17-year-old athlete won his first international medal among the top swimmers. Popovici exploded last year at the European Junior Swimming Championships in Rome, in the same pool that will host the same championships at senior level this year. The bronze medal went to Great Britain's Tom Dean, who clocked 1:44.98.

"My goal was to go strong, but not that strong," Popovici said. "But I can still surprise myself.”

Italy’s Simona Quadarella didn’t manage to defend her women’s 1500m freestyle title, but she still remains the only European in a final dominated by the evergreen US swimmer Katie Ledecky.

The competition session ended with the first all-European podium of the event. In the women’s 100m breaststroke, the 17-years-old Benedetta Pilato became the youngest Italian swimmer to win gold at a world swimming championships, beating the record held by Novella Calligaris since 1973 when she won the women’s 800m freestyle in Belgrade.

"I am super happy and proud, I am very grateful to everyone," Pilato said. "It was a dream come true tonight and I would like to thank my coach and all my team.”

With her on the podium there were Germany's Anna Elendt, who secured her first international medal with 1:05.93, and Lithuania's Ruta Meilutyte (1:06.02), who returned to competition after retiring in 2019 at the age of 22.

Once again Italy's Giorgio Minisini became world champion in the Magyar capital that had already crowned him in 2017. This time he stands on the podium with a new partner Lucrezia Ruggiero from Rome. In the mixed duet technical routine, the pair scored 89.2685, leaving Japan and China behind.

In the free combination routine, the gold medal went to Ukraine (95.0333), who were welcomed to Italy for their technical preparation for the world championships. The 10 synchronettes beat Japan, silver with 93.5667, and Italy, bronze with 92.0333.