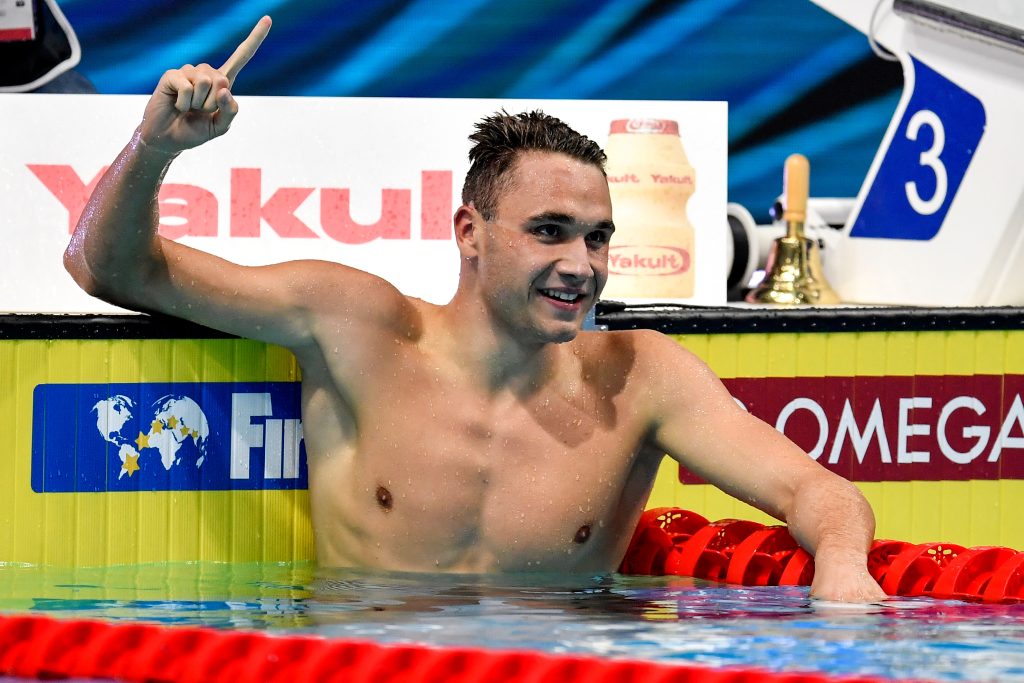 A second world record of the world championships was broken at the Duna Arena swimming pool in Budapest. With the grandstands crowded to watch the show of home favourite Kristof Milak in the men’s 200m butterfly event, the Hungarian champion didn't disappoint his supporters. The 22- year-old swimmer rewrote history by winning the event and setting a world record of 1:50.34. Milak shattered his previous record by 39 hundredths of a second (1:50.73) set in the 2019 world final in Gwangju.

"I really wanted this world record more than anything else," Milak said. "The crowd gave me a huge boost. This is my home, my pool. I train here, I compete here; lane four belongs to me. I really wanted to prove something big for these fantastic people. The Olympic gold means a lot, but to win here, with a new world record, in front of 4000 people, overshadows everything else.”

Behind him came Frenchman Leon Marchand, who, after securing gold in the men’s 400m individual medley, won his second world championship medal with a silver in 1:53.37, a new French record and the eighth fastest time overall.

Italy's Nicolò Martinenghi also made it into the podium again, earning a silver medal (26.48) in the men’s 50m breaststroke after his first place in the 100m.

Compatriot Gregorio Paltrinieri failed to defend his 2019 title in the men’s 800m freestyle, finishing fourth in 7:41.19. USA's Bobby Finke replaced him for gold in 7:39.36, with Germany's Florian Wellbrock, silver, and Ukraine's Mykhailo Romanchuk, bronze, completing the podium. Both European swimmers signed their national records of 7:39.63 for Germany and 7:40.05 for Ukraine respectively.

In the mixed 4x100m medley relay, the Netherlands of Kira Toussaint, Arno Kamminga, Nyls Korstanje, Marri Steenbergen grabbed bronze (3:41.54) in a surprising comeback, and beat Great Britain and Italy who touched the plate with 3:41.65 and 3:41.67 respectively. For them, the challenge will continue at the European Championships in Rome on 12 August with the event scheduled at the Foro Italico Swimming Stadium.

At the Szechy outdoor pool in the Hungarian capital, Italy also won bronze in the technical team programme after the one they achieved in the team’s combined free routine. The judges evaluated the performance of Domiziana Cavanna, Linda Cerruti, Costanza Di Camillo, Costanza Ferro, Gemma Galli, Marta Iacoacci, Marta Murru and Enrica Piccoli with a score of 91.0191. First place was for China with a performance of 94.7202 points and Japan finished second with 92.2261.

Photos DBM / Inside Use of photographs is only permitted for publications registered for editorial purposes. Credits must be mentioned.