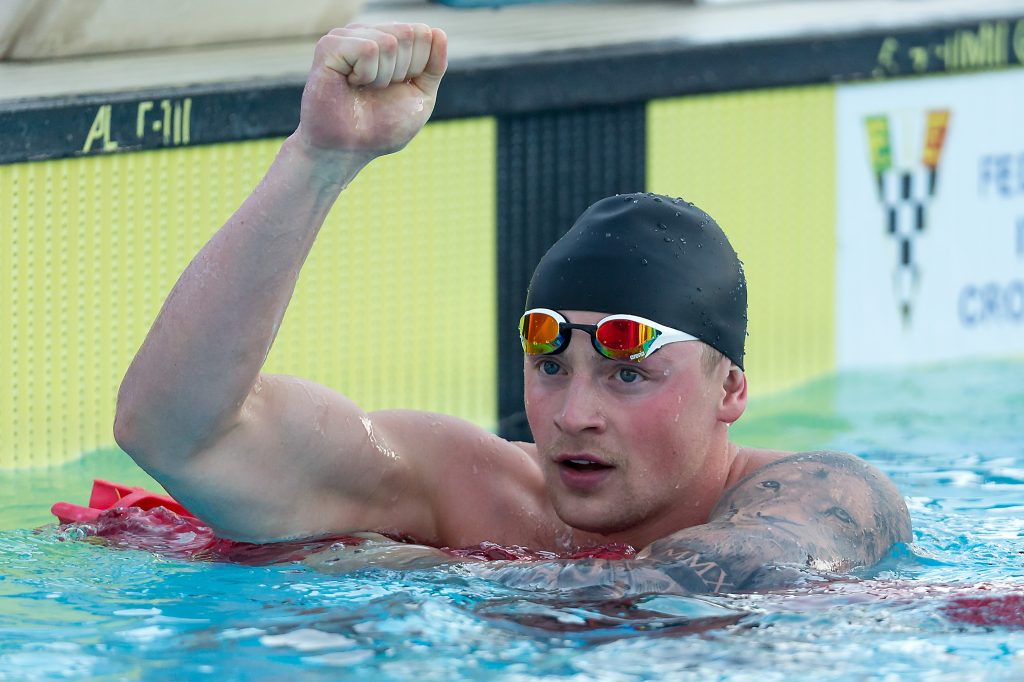 Olympic champion Adam Peaty, world record holder in the men’s 50m and 100m breaststroke, returns to competition after his injury in May and will captain the British squad at the European Aquatics Championships in Rome.

At the last world championships in Budapest, Peaty was obliged to forfeit due to a fractured foot, his first real injury in his career. The multiple medallist remained in Derby, England, where he usually trains, to focus on his physical recovery with strenuous physiotherapy sessions. His presence at the European Aquatics Championships in Rome and the Commonwealth Games, scheduled from 28 July to 8 August in Birmingham, was by no means certain. But the official announcement has come: Peaty has secured his participation in both events.  At Roma 2022 he will lead the British team composed of 31 athletes, with the last-minute absence of Scott Duncan. Peaty will clash with the newly crowned 100m breaststroke world champion, Italy's Nicolo' Martinenghi, who inherited his crown in Budapest to the delight of the public and all swimming fans.

Peaty's first international medal was taken at a European championship. The city was Berlin and it was 2014. The young British swimmer, born in the small town called Uttoxeter in England, amazed the whole of Europe by swimming the men’s 50m and 100m breaststroke with the fastest time in the preliminaries, semifinals and final, also setting a world record in the 100m event.

Today, Adam Peaty is 28 years old and in his career he won three Olympic gold medals and two silvers, eight world golds and 16 European titles. His achievements over the years, in addition to the world records he still holds, make Peaty one of the best breaststrokers ever in the history of world swimming. Coached by Melanie Marshall, a former Olympic athlete, he was made Officer of the Order of the British Empire (OBE) by the Queen, getting the title ‘Sir’.

The GBR swimming team at Roma 2022