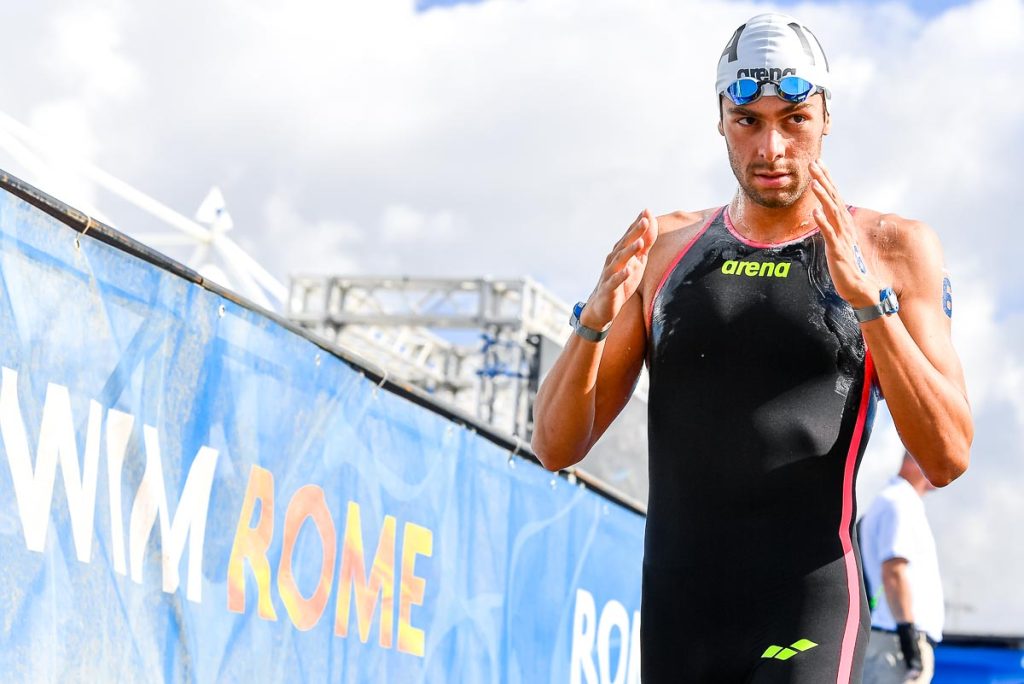 Trying to find adjectives to Gregorio Paltrinieri's sporting achievements is reductive. It would be like trying to trap something immense in a few simple lines. We are talking about an all-round champion, who has decided to split his time between the pool and the sea, competing a lot and excelling in every discipline, swimming and open water swimming. Something that only happens to those who know they are unique and have a winning DNA.

After the swimming success at the Foro Italico, where Paltrinieri was able to enthuse with his men’s 800m freestyle victory, he single-handedly managed to warm up the Ostia public, which showed him great affection on the beach that is now his home. For over 10 years now, since he was a young man of great expectations, Paltrinieri has moved to the Italian Swimming Federation’s sporting centre, the Polo Natatorio Frecciarossa, in Ostia. From there it was a crescendo that continues to this day.

The athlete born in Carpi ended an excellent European championships in Rome with four medals to his credit, three golds and one silver. A champion's list of honours, if you think of the close competitions around the world and efforts produced this season. And above all, to the consistency of always being in the positions that count.

The first medal this year came in the men’s 800m freestyle: Paltrinieri won cleanly and overwhelmingly, dominating the race with personality, taking a gold that sent the Foro Italico swimming pool into raptures.

Then came the silver medal in the 1500m, a race in which Greg tried at the start to run away, but suffered the comeback and then the overtaking of Misha Romanchuk. He had to surrender to the fantastic pace imposed by the Ukrainian swimmer, who really seemed to be in a state of grace.

The third success came in the open water swimming: this time without his usual rivals Germany’s Florian Wellbrock and Romanchuk, with the first one who gave up due to a poor physical condition caused by the Covid that struck him a month ago, and the latter having chosen to follow his wife Maryna Bekh to the European championships in Munich, where she won gold in the triple jump.

In the 5km Paltrinieri triumphed with determination and confidence, ahead of his friend and training partner Domenico Acerenza for a double that inflamed the fans at the SPQR Free Beach in Ostia.

The last gold came from the 5km mixed relay, with teammate Acerenza, Bruni and Gabrielleschi, who closed an exciting two days of open water swimming. In the relay, Italy dominated from the start, Paltrinieri holding off the young Hungarian David Betlehem in the third leg, passing the baton to Acerenza in first position, a victory that thrilled the entire beach of the Roman coastline. With Paltrinieri being the biggest star saying: “It was a fantastic end to this championships. Swimming here at the beach is really special. In the pool, you have the fans around but they are cheering from upstairs. Here they are close, when you got out of the water, they just rush there, shaking your hands, hugging us, so it was a fantastic feeling to celebrate and chant with them at the very end on the seaside.”

A champion, you can bet, who is still very, very hungry for success.

Photos Andrea Masini / Deepbluemedia / Insidefoto Use of photographs is only permitted for publications registered for editorial purposes. Credits must be mentioned.