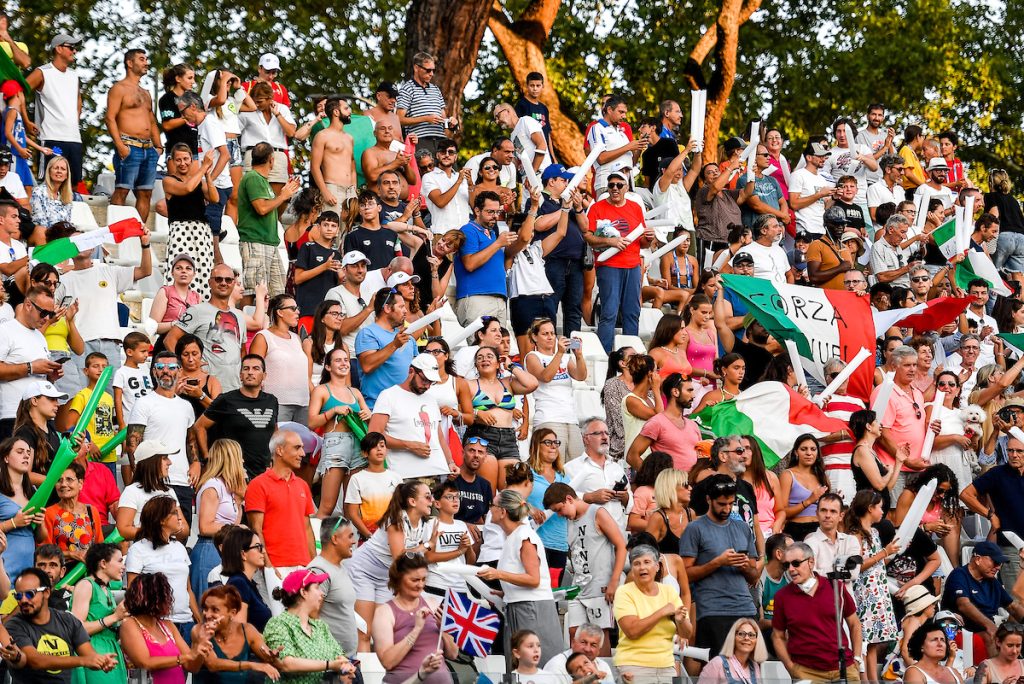 A great result from everyone: athletes, clubs, organisers. This is the meaning of the words of the President of the Italian Swimming Federation, Paolo Barelli, at the end of the European championships in Rome, which in three days will open the competition facilities to the Masters: “Italy have won medals in all disciplines: a wonderful image for Italian sport. We achieved an excellent result, in front of an incredible audience and with a great organisation: everyone lived up to expectations and responsibilities, especially the athletes. Our clubs needed it badly after the Covid emergency and the energy price hikes that have affected their activities and exasperated facility managers. Results, images and media hype are a great promotion for aquatic disciplines that, according to experts in the field, could bring 500,000 new citizens to the pool starting in September. This would be an extraordinary effect for the development of aquatic sports, the wellbeing of citizens, and the resources of clubs in extreme difficulty. Every medal brings with it enormous sacrifices. I thank all the athletes who represented the Italian Swimming Federation and the entire movement with pride and impeccable behaviour. We have won historic medals that feed the cycle of results and increase the density of athletes of international value. The icon among them all is Gregorio Paltrinieri, who spent a season without a break between pool and open water. After his world championship successes, he did not give up a day. He arrived here still concentrated, but obviously tired. He won, conquered podiums, charged the team, and when he failed, it was because he too is a man. He is our pride.”

A pride is also represented by the numbers of the European championships after 11 days of competition between the Foro Italico in Rome and Ostia. The figures cannot tell the story of the great excitement of these weeks, but they can explain the success of the organisation.

More than 55 thousand spectators were attending the swimming, open water swimming (free entry), diving, artistic swimming and high diving competitions, with a revenue of about 1,100,000 Euros.

The volunteers who took part in the European championships, and contributed to their success, numbered 476 (with around 26,000 duty shifts), from Italy, Pakistan, the United States, Hungary, Slovakia, Iran, and then Bosnia, France, Belgium, Malta, Ukraine, Romania and Spain. Among them was Scheema Haider, one of the directors of the Indus University in Karachi, who handed over an official letter of gratitude to the heads of the volunteer programme from the University.

About 100 children from the swimming schools were involved in support activities for the competition: for swimming basket service, for diving poolside assistance, for artistic swimming assistance to the judges. They fulfilled their role very well and, above all, they had fun, which is the most important thing.

A total of 1825 people worked on the organisation, including staff (357), lifeguards, people working in the maintenance, security and cleaning sectors. Over 20,000 meals were served to the entire staff, but no food was wasted: the leftover food was donated by the organisation to the Associazione del Banco Alimentare (Food Bank Association).

One more reason to remember the European championships in Rome, which were followed and directly reported on by 472 communications operators, by the host broadcaster Rai and by Sky, which broadcast the entire event with live coverage and in-depth reports from poolside TV studios, by 14 European televisions and 6 radios accredited in Rome. The signal was produced by Rai and was broadcast throughout Europe by EBU.

The ratings, which always recorded an average of over one million viewers on Raidue (Italian TV), reached a peak of 17.4% share with the final of the men’s 3m springboard won by Italy’s Lorenzo Marsaglia, totalling 1,287,000 viewers.

The Italian Swimming Federation's social media channel Instagram reached more than 1 mln unique accounts and recorded more than 11 mln impressions. Facebook totalled a coverage of about 7.5 mln with a peak on 17 August of more than 3 mln.

Among the most followed social initiatives were the Euro Fanta Aquatics - reported by TV news, newspapers and websites - and the facebook post dedicated to the artistic swimming’s performance of Giorgio Minisini and Arianna Sacripante, which reached 5,339,648 users and received over 9,000 comments. All published content was conveyed without the activation of economic incentives. 600 posts and 168 in-depth articles have been published

Photo Andrea Staccioli / Deepbluemedia / Insidefoto Use of photographs is only permitted for publications registered for editorial purposes. Credits must be mentioned.