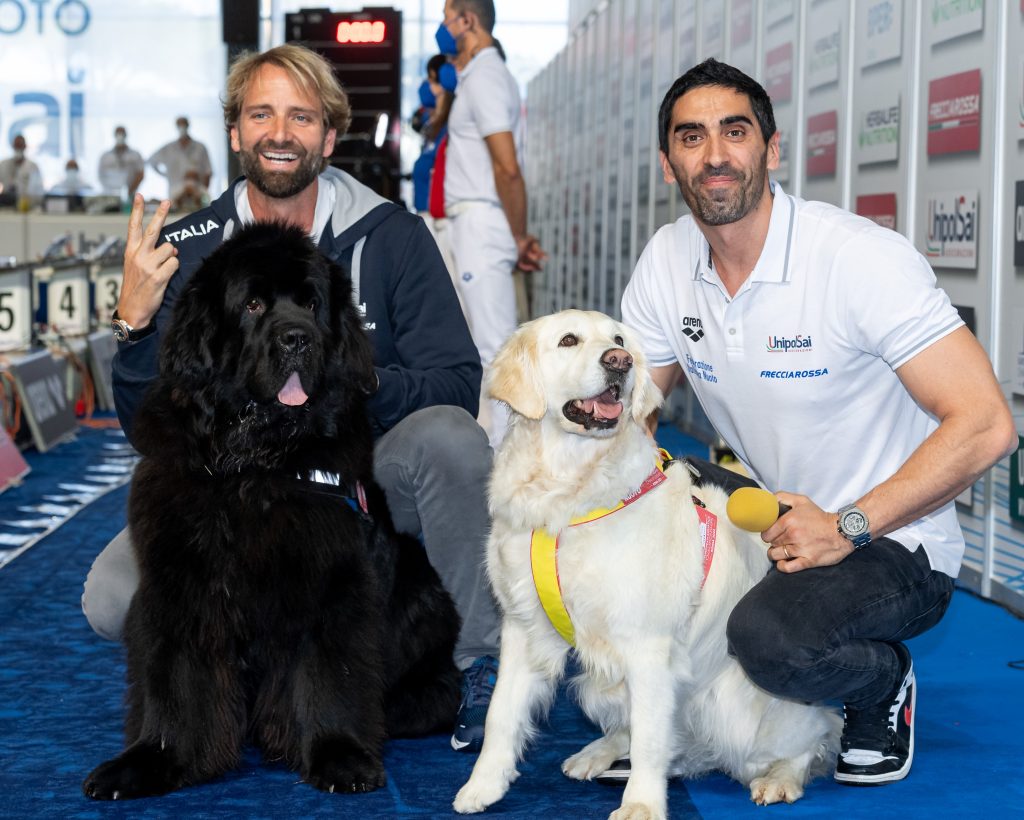 On the Roma 2022 stands, already in the early hours of the morning, the enthusiasm is palpable. There is anticipation, excitement, hope. The first day is always unique. Right from the start of the heats, the public is cheering, trying to snatch a selfie or an autograph, and one of the most popular is world champion and former captain of the Italian national team Filippo Magnini, today Ambassador of Roma 2022. A special occasion, in what has been his city and in the pool where he reached his sporting maturity.

"I am biased, I admit it, because I have trained and lived in Rome for almost 10 years and here I have built my most beautiful victories - Magnini says - This pool is home for me, it is heart. Together with Massimiliano Rosolino we did a lot of battles inside this pool, so I know every tile of this wonderful facility that is in a magnificent setting. For this European championships it has been even more embellished. After the Rome 2009 worlds, this pool has been appreciated even more by international athletes who like to come here and compete. In short, if the eye wants its part, I think it will be a great European championship'.

Two children arrive and shyly ask Filippo for his autograph. Smile, signature and a deeper reflection on a hypothetical future as coach. “I'm thinking about it, I really like teaching. But I must say that if I were to try such an experience, I think it would be more useful to do it at a high level, rather than to children or amateurs. To high-level professionals I could really tell everything I have learnt over the years and which is in my personal experience. Whereas with the younger ones it is difficult to be useful with this kind of detail".

It will be a European Championship of the highest level, of that there is no doubt, with Italy expected to be among the big favourites. Even Magnini, who has four continental gold medals in the 100m freestyle to his credit, has no doubts: “I think there will be many Italians to make a strong voice. I am talking about Martinenghi and Ceccon, for example, who will compete in many races, individually and in relays. I am convinced that they will bring home many medals. Then obviously Gregorio Paltrinieri: Rome is his home, I am sure he will do well. Among the foreigners, I expect a very strong Popovici, who I believe will take part in the 100m, 200m and also the 400m, as well as make a great contribution to the 4x100m relay. He already showed great things at the world championships, so he will be one to really keep an eye on. Among the women I believe that Sarah Sjöström, who is coming from a difficult period, can do a great European championship. And I expect Benedetta Pilato to make the 50m breaststroke her own. While Carraro and Castiglioni in the 100m breaststroke can surprise. In fact, we risk a nice all-Italian podium.”

For him being a dog lover, it is impossible not to make a reference to Gastone and Lea, the two four-legged mascots of Rome 2022. “I love dogs and we have three at home: their names are Samson, Meatball and Coconut, they are three Shih Tzu, father, mother and son respectively, we kept the whole family. One white, one black and the son... brown. At this point I want to name them for the next big event”. Lea and Gastone won a contest, if the dogs of the Magnini household have the same competitive spirit as their owner, they will have no problem becoming mascots...

Photos Giorgio Scala/DBM/Insidefoto Use of photographs is only permitted for publications registered for editorial purposes. Credits must be mentioned.