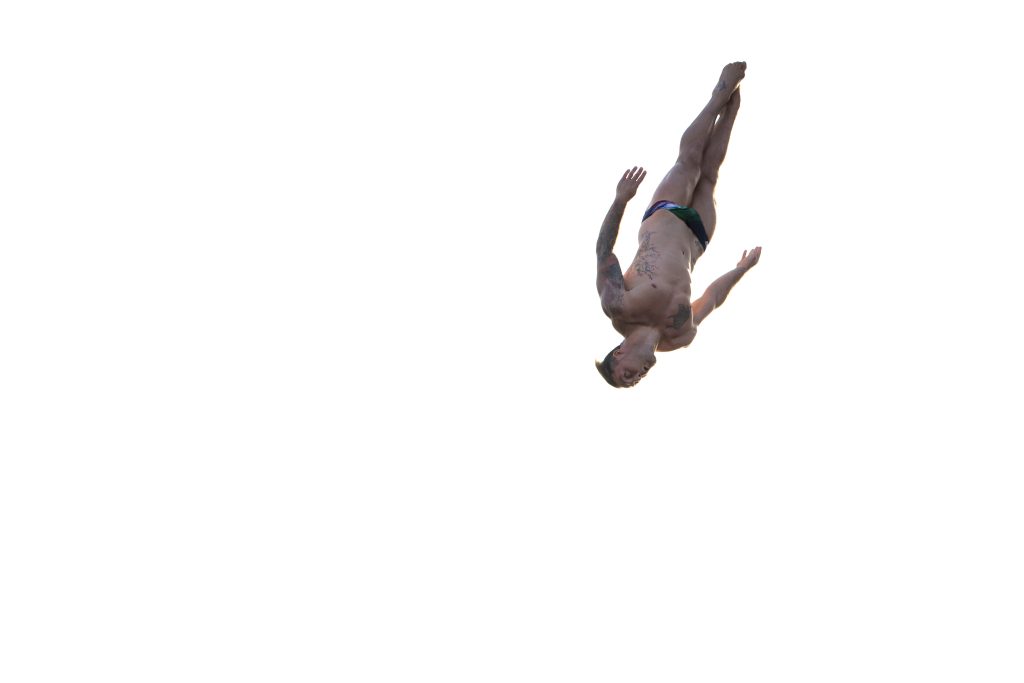 Big heights, big emotions. Tomorrow, 18 August, the high diving competition kicks off, taking place at the Foro Italico courts 1 and 2, next to the Tennis Club, where the Italian Tennis Open are held every year. The platform is 30 metres high and the pool has a base of 17x17m and is 6m deep. There are two platforms from which athletes dive: one that is 27 metres for men, the other one, for women, is 20 metres high. For the first time high diving is included in an European championships programme

There will be 8 women and 22 men competing, 30 athletes in total, from 12 different nations. The youngest one is 18-year-old Italy's Andrea Barnabà, while the most experienced the 40-year-old Ukrainian Kolesnikov Viacheslav. The men's and women's medals will be awarded at the end of four sets of dives: compulsory, optional (twice) and intermediate. The women's medal ceremony will take place on August 19, and the men's on the 20.

However, the diving show will not end on Saturday night. On Sunday 21 August there will be the first edition of the Nations Cup, a world competition created in Rome in order to include all the athletes of the high diving circuit. The event will be free entry and it will take place from 14:00 to 16:00. The rules state that teams should consist of two athletes of the same gender from the same nation, or mixed pairs of one male and one female athlete. All competing pairs will perform one compulsory and one optional individual dive, from 27 metres for the men and from 20 metres for the women, plus a synchronised dive from the 20m platform. The dives will be judged by an international panel of five to seven competition judges. Several stars of the world circuit are expected in Rome for the competition, such as USA's David Colturi and Andy Jones, Mexico's Jonathan Paredes and Sergio Guzman, and Colombian pair Miguel Garcia and Maria Paula Quintero. European athletes include France's Gary Hunt and Robin Georges, Italy's Alessandro De Rose and Andrea Barnabà, and Ukraine's Antonina Vishyvanova and Anna Bakunovitska.

The most highly anticipated athletes

At Roma 2022 the most anticipated athletes are French world champion Gary Hunt, world silver medallist Czech Republic's Michal Navratil, Italy's Alessandro De Rose and Germany's Anna Bader, with the latter two being both world bronze medallists. "It will be amazing, hosting the first high diving European championship at home and competing here is an indescribable emotion, I can only say that being up there will be beautiful and with this audience even more so," Alessandro De Rose said.

Photos Giorgio Perottino / Deepbluemedia / Insidefoto Use of photographs is only permitted for publications registered for editorial purposes. Credits must be mentioned.