Brothers and sisters at Roma 2022: When the team is a real family 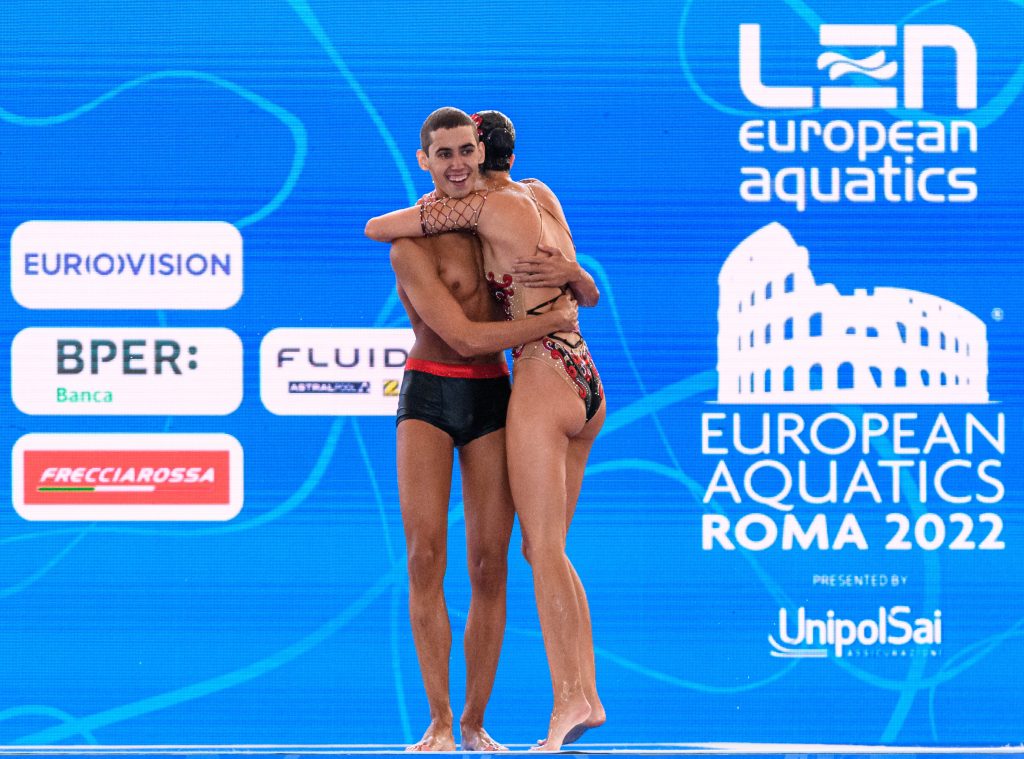 Athletes often say: “My team is like a family.” For some, this refers not only to training partners, but also to blood brothers and sisters, with whom they share a passion for the same sport.

Swedish swimmers Louise and Sophie Hansson are only two years apart and have lived many sporting experiences together.

"Of course I was an inspiration for my sister Sophie, I want to believe that," Swedish Louise (26) says. "I started swimming, being the oldest one. Our father was a swimmer when he was young, we both took from him. Our youngest brother, Gustaf, also swims. My dream is to see him joining the national team with us one day. Our parents are here in Rome and we will meet up with them later to celebrate our mother's birthday.”

"She is an inspiration to me, I followed her," Sophie (24) adds. "We are very good friends. We give each other strength. At the Abu Dhabi Short Course World Championships last December, we equalled a world record together in the (4x50m mixed) relay. It was an unforgettable experience. We have lived separately for six years, but in autumn I will also move to England where she is. We will meet again and start training together again.”

Italians Luca and Marco De Tullio, who were born on the same day in different years, 2001 for Marco and 2003 for Luca, are also waiting for Andrea, the 12-year-old little one, to join them in the pool. “I was the first to dive into the water at the age of 5,” says Marco. “Two years later, when Luca was 3, he started swimming too. I live with Luca every day, now we are in the same room. Since this year we have started training together again in Rome and this is a big motivation like when we were in Bari.

“It's a problem when we compete against each other because the family doesn't know who to cheer for. Then came the little one, who recently moved to Rome with my parents, and trains in the same pool as us. He cares a lot, he always comes to tell me something before the races. It's nice to live like this.”

The Lomero Arenas brothers, who come from Andorra, not only train together, but Tomas joined his older brother Bernat in Spain to attend university. “I moved to Girona, in Catalonia, to study sports science,' says Bernat, the eldest brother born in 1997. “In Andorra there are few universities and faculties to choose from.
“I followed in my brother's footsteps not only in sport, but also in study,” adds 21-year-old Tomas. “Bernat has already finished and soon it will be my turn.”

In the Polonsky family of the Israeli national team, it was the youngest Lea who first took up swimming. “We have never felt to be in competition,” Lea says. “Maybe because we are a man and a woman, so we don't compare ourselves directly. On the contrary, I am happy to have someone with the same lifestyle as me who understands me.”
“I started college and now we no longer train together," says Ron. "We have two other younger brothers who could contribute to the national team in the future.”

In swimming at Roma 2022 there are also the Polish twins Krzysztof and Michal Chmielewski and the Italian twins Noemi and Antonietta Cesarano, who have already competed together in the women's 4x200m freestyle relay in the Foro Italico pool.

In artistic swimming, in addition to the other well-known twins such as the two Ukrainians Aleksiiva and the three Austrians Alexandri, there is the pair of Slovakian siblings Jozef Solymosy and Silvia Solymosyova, who have already won a bronze at the European Championships in the mixed free duet event.
"We are happy to train together," Jozef says. "We have fun and a good understanding. Sometimes we fight, but it is only a motivation to improve. Our dream is to make it to the Olympics (Paris 2024), we are focused on that and work to make it happen."

A small fun fact. The Danish team seems to be full of siblings with Andreas, Marina and Tobias Hansen, and Caroline and Julie Jensen. In reality Hansen and Jensen are just two very common surnames in their country.