SARAH SJOSTROM (SWE) FROM ROME TO ROME: SHE IS THE ONLY MEDALLIST IN INDIVIDUAL EVENTS BOTH IN 2009 AND 2022 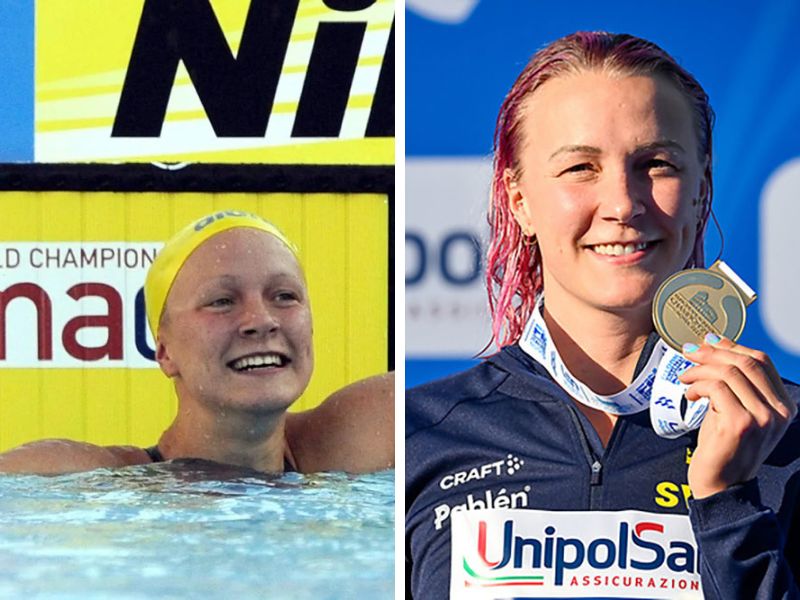 Swedish star Sarah Sjostrom was just 15 years old when she competed in her first world championships in Rome in 2009. She made herself known to everyone and did it in the best way possible: a victory in the women's 100m butterfly and a world record. Since then, her career has never stopped: Sjostrom, who will turn 29 on 17 August, has won four Olympic medals (including one gold), 20 world championship medals (half of them are of the most precious metal) and 25 European championship ones (including 15 golds). Yesterday 13 August, on the third day of the European championships in Rome, she triumphed in the 50m butterfly and brought home a glowing silver in the women's 4x100m freestyle. And she also shines with her pink hair.

"Because everyone expects Swedish girls to be blond, and instead, every once in a while, it is fun for me to imagine that other girls can also follow my example."

For you, Rome’s pool is special.

"Yes, I am very attached to it. I wasn't even 16 years old the first time I was here, it's been a long time, but it's always nice to come back. Also, because I like to associate medals with travel, places and people I meet."

Also, the food is special.

Right after the world championships in Budapest, you caught Covid.

"Yes, but the preparation is there. It didn't affect me too much."

What was it like to win again the 50m butterfly?

"Wonderful, especially with such a crowd. I felt very good and also very lucky, because the time satisfied me (24.96). Going under 25 seconds is always nice. It is not easy to have world and European championships so close, but I came to Rome to feel good and have fun."